Revenue Sharing in European Football: An Assessment of the Bundesliga’s New Four-Pillar Model 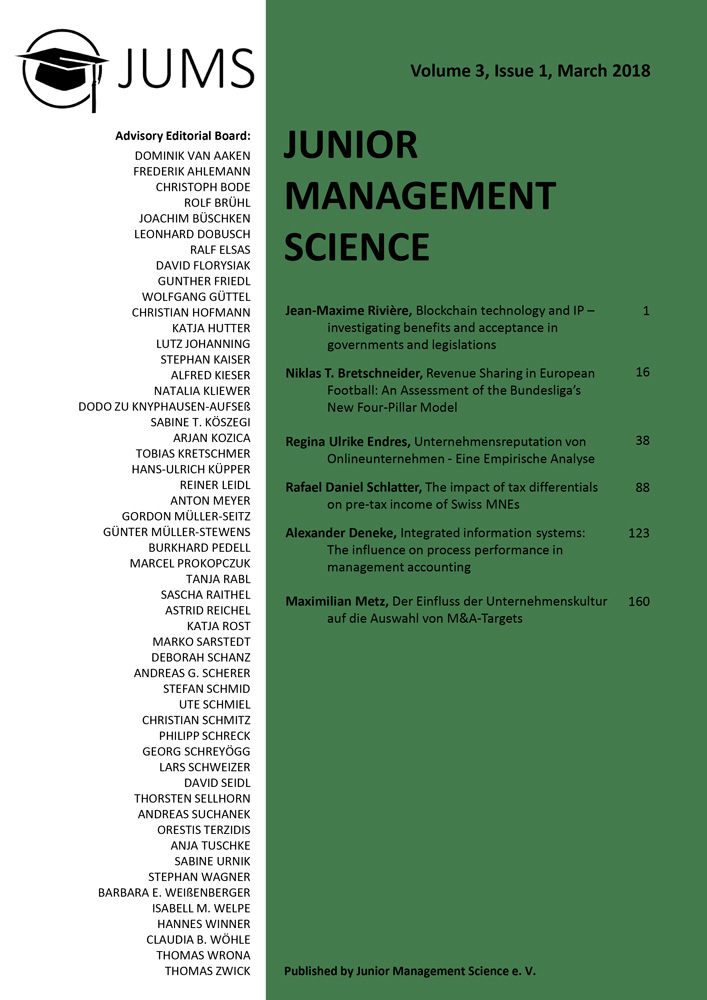 This thesis assesses the Bundesliga’s recently introduced TV revenue sharing system. Despite the prominent literature dis-cussing the relationship between revenue sharing in team sports and competitive balance, evaluations of specific distribution systems are limited. Hence, very little is known about the repercussions of different allocation keys on leagues and clubs. Contributing to the sports economics literature, this thesis examines the key decision factors that influence the effectiveness of revenue sharing systems, and analyses the feasibility of the Bundesliga’s reformed system.
It starts with defining the new system, before introducing its background and a brief history of revenue sharing in the Bundesliga. Then this thesis sketches the most important concepts in sports economics, i.e. competitive balance and demand, before pointing out interdependencies between them. Afterwards, revenue sharing is introduced as a means to enhance competitive balance, including a brief description of alternative mechanisms. To compare the new model externally, revenue sharing models of other major sports leagues are presented. Finally, it evaluates the Bundesliga’s current situation in order to comprehend the league’s potential objectives. The thesis discusses possibilities on how revenue sharing can help the Bundesliga achieve those objectives, and ultimately assesses the new system’s feasibility in doing so. After modelling the league’s potential reaction to different revenue sharing models, its result is that the four-pillar model features several useful mechanisms, but does not give sufficient weight to them. The thesis’ assessment consequently is that the reformed system can be generally seen as positive, with room for further enhancements. It concludes with some starting points for potential future improvements, namely (1) increasing the equally-distributed share, (2) scaling up the new pillars’ relative importance and mitigating the danger of an overdominant team, and (3) implementing a top-to-bottom maximum payout cap.